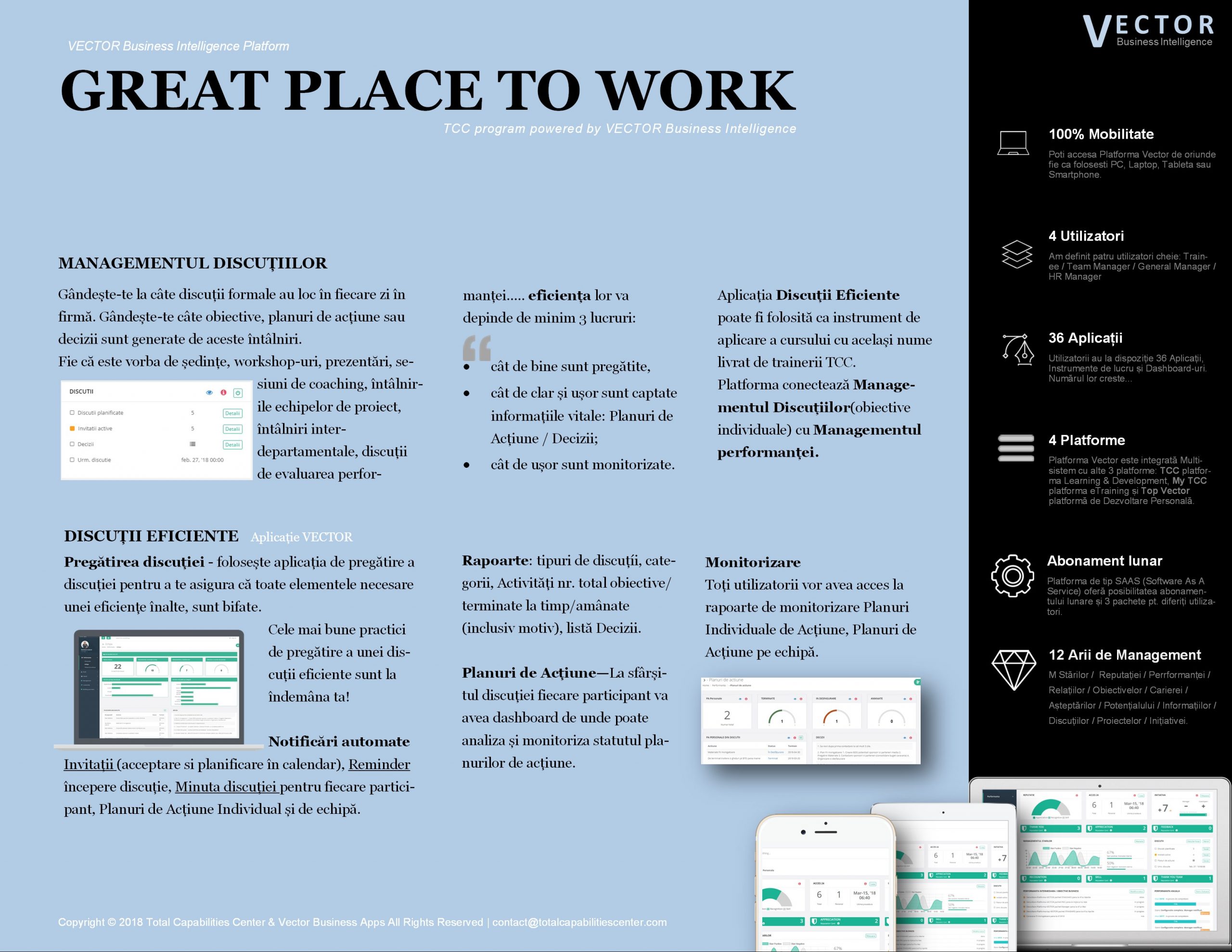 Virtual Reality is a simulated experience that can be similar or completely different from the real world.

In the last decade, Virtual Reality has given us a new way of seeing the digital world. Clothing and designer companies are now interested in how a customers attention can be diverted from all the hassle of our busy lives to new hights.

Although VR and MR shopping is still in it`s early stages, this will be the new popular way to shop online for clothing, shoes and glasses. Like never before, we can now see the desired clothing items and try them on without being physically there. This VR type of shopping can lead to a more pleasant experience and a satisfied customer.

Companies have now the ability to showscase detailed fashion items with the help of any 3D render software. In the near future, we will have the ability to try on any clothing article from the comfort of our homes.

VR and MR technologies have the ability to transform industries, including FMCG, retail, and foodservice, by creating new ways of marketing, offering entertainment, and staff training, and by improving the consumer experience.  Globally, in the mature retail market, Augmented Reality is currently used to familiarize the consumer with the product such as, knowing its benefits, comparing the product with competitive brands or sub styles, and rating the product.

FMCG companies are now investing in AR and VR to provide their respective customers with a new way of interacting with the brand by visiting the store within this virtual reality world, interacting with specific products and trying them before hand.

In the food service industry for example customers can now read a full scale menu (using AR capable mobile phones) or even see the food that is cooked or provided within a specific restaurant right in front of their eyes.

Integrating VR and AR in a marketing aims to build a consumer relationship, increase sales and add value to the shopper experience. They are more likely to buy a product because of the convenience offered by AR and VR.

The world is close to a year into the worst health crisis of the last few decades and people have slowly realized how it began changing. Aside from the catastrophic case count and life losses, most leading industries began shifting their practices on fast forward in an attempt to recoup some of the losses and to catch up with the companies which got ahead.

With individuals compelled to work from home in as much as possible, they have started to distance themselves from society at all levels. One can freely notice how people’s inherent social nature is wilting away, while their neglected need of socializing is apparently dying down as well.  Therefore, society is poised to go through a period during which the very notion of how members of organizations work together is being challenged.

For the moment, people are making do with the tools they have on hand, such as well-established video-conferencing tools, like Zoom and Microsoft Teams. What if there would be another way to do this, while offering a more complete and solid alternative in the process? Many argue that the solution has already been found and that it has already been here for a while now.

Virtual Reality has been on the market in some form or another for years now. However, people did not regard it as being serious enough due to how deeply rooted the technology was in the gaming world. However, during a time of distress and staunch social interactions one can argue that offering an environment where you could take part in work meetings and leisure activities all within the comfort and safety of your home would be quite fitting.

With the rapid evolution of this and many other industries, VR environments have become increasingly responsive and immersive graphical masterpieces, often leading users to mistake them for real life.

This way, people have come one pair of VR glasses and a laptop or console away from taking part in meetings or social activities the like that many would not even dare to believe existed, in a time when people are more apart than ever before.

With the risk of sounding insensitive, the coronavirus pandemic has in part served as a catalyst for people to come to terms with the benefits of incorporating VR into their professional lives and perhaps into their general day to day activities.

An industry which suits the use of VR perhaps like no other, is the training and coaching sector.

Amongst the top companies that have already appealed to VR for their day to day practices is Tyson Foods, an absolute mammoth in the food sector worldwide. They are making use of VR in getting employees accustomed to using complex machinery safely. As a consequence, they have seen their productivity improve drastically. Tyson Foods is not the only company however, which has opted for a VR and AR focused training method for their Learning and Development departments.

Hundreds of others have decided to try out this seemingly gold blazed solution for themselves. Therefore, it should not come as a surprise that a lot of new companies have emerged as a result of the surging demand. Many industries, especially the ones heavily battered by the pandemic like tourism and entertainment have gone for this alternative.

As far as VR was concerned, it was a tremendous period for innovation.

There have been variations of VR aimed at solving people’s need to tour the world and explore new things, in which they could use a VR set to transcend geographical barriers and explore virtually any place on the planet that has satellite coverage.

Stanford researchers have explored the use of VR for medical research and training. These are just two examples to attest to the great capabilities of the technology.

Vector’s approach is a bit different, as it is the kind of company that gives its partner enterprises free reign over the sort of environment their business requires. Except for the custom option, they also offer peer reviewed and proven training programs to hone employee’s wellbeing as well as their productivity.

VR has seen some great progress in the wake of the current health crisis as well as a heightened demand and overall expansion of their market. However, it remains to be seen how this upward trend will continue. Although I would not like to be the one left behind. Would you?

A guide for 21st century training and coaching

Nowadays, most jobs are either on the brink of extinction due to the fast-paced technological advancements, while getting the remaining ones is oftentimes a tough task for the job market’s new entrants. Private life hurdles and challenges are transitioning into the professional part, therefore stifling the progress in the process. What is there left to do then, with the low confidence, depressed and poorly trained new work force?

After numerous failures and shortcomings, in the attempt to find proper and fitting training methods for the suffering new work force, many relevant figures in this sector concluded that incorporating Virtual Reality into training programs would be the key to sorting this out.

VR training methods have proven to be more successful, when it comes to information retention, while both employees and employers’ performances have shown tremendous progress.

Our VR products allow users to position themselves into various scenarios and most ranks across a company’s hierarchy so that they could experience first-hand the challenges faced by people across the company.

Vector’s landmark VR product, Helis City provides users with an immersive experience in which they can experience various simulated scenarios, even custom tailored, which take place in an environment which can be easily likened to a modern city. This training is not solely intended for prompting users to enhance their work skills but their soft skills as well.

The prevailing conclusion is that Vector’s training programs and VR coaching and programs similar to theirs are vastly more efficient than traditional ones.

On top of being better, they are also more cost and time effective.

Regardless if one happens to be the owner of the company or its newest employee, there is no question that there is no one person who could not improve their skills by using the proper tools. Old fashioned programs are extremely expensive and take up a lot of time. VR programs not only require approximately 5 minutes of one’s time, but they are cheaper and better suited to everyone’s needs, allowing users to train whatever skill one lacks in.

Despite having some shortcomings due to being in the infant stages, it is already far more proficient than traditional training mediums and a definite step in the right direction towards a simplified future for the training and coaching business.

Gandire “out of the box” 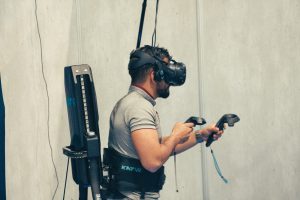 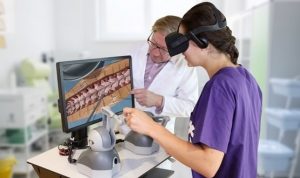 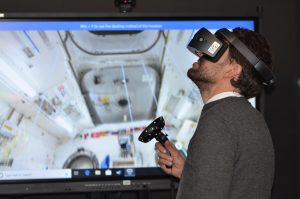 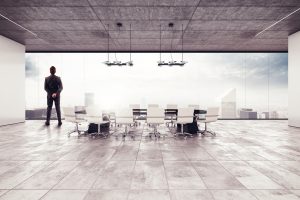 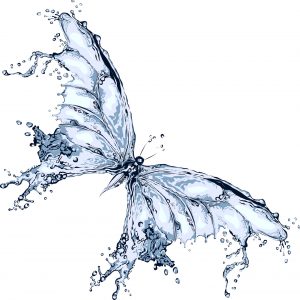 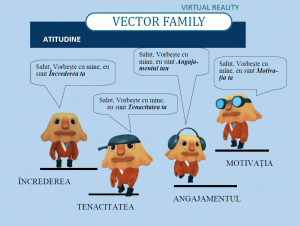 VR IN THE WORLD 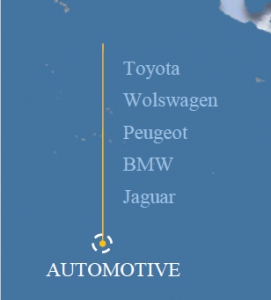 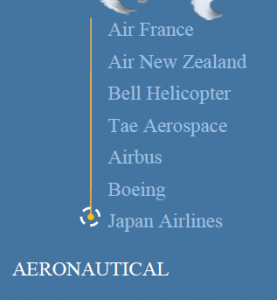 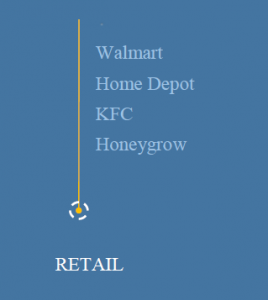 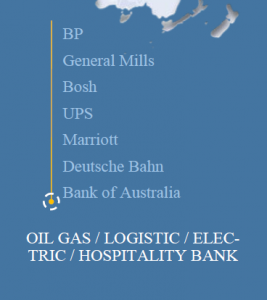 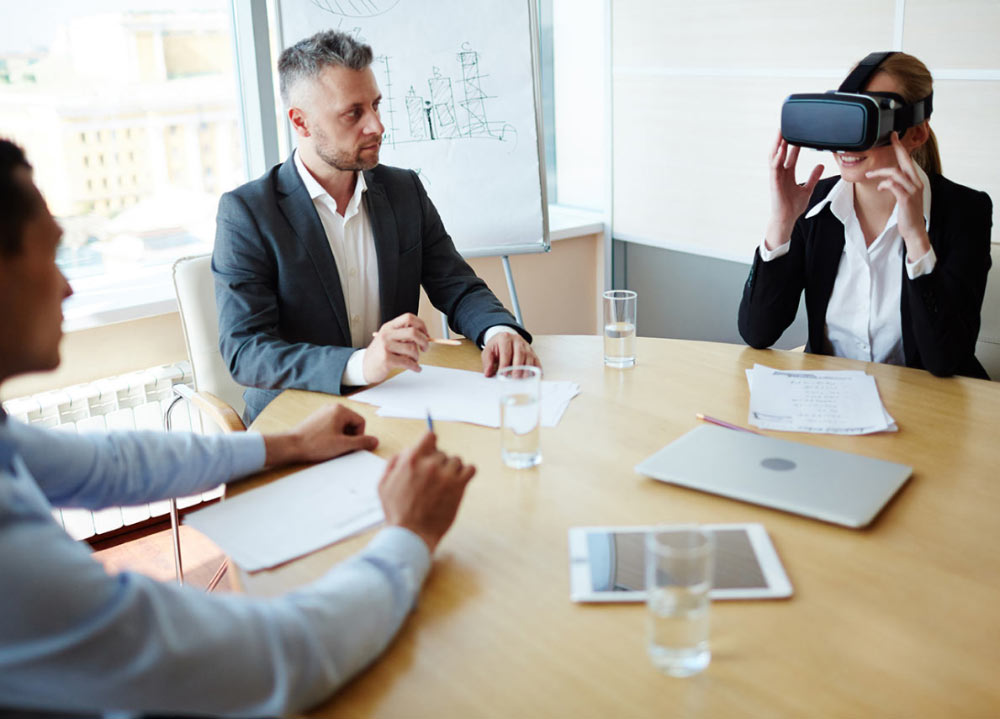 “The brain is this incredible place for data visualization” 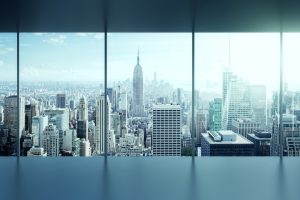 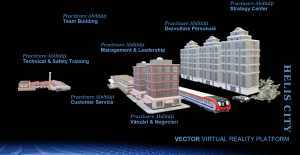 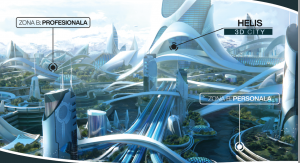 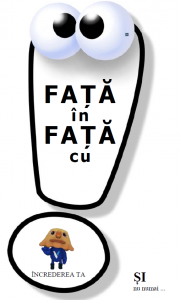 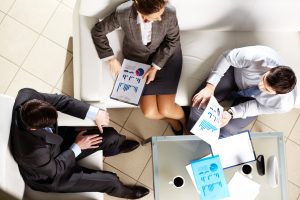 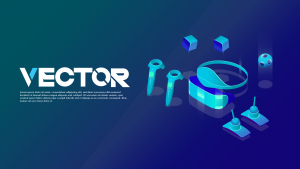 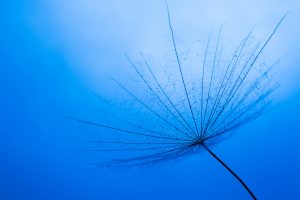 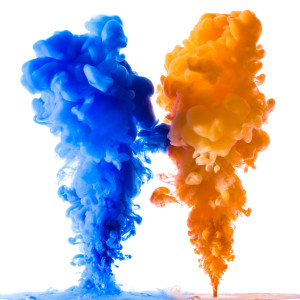